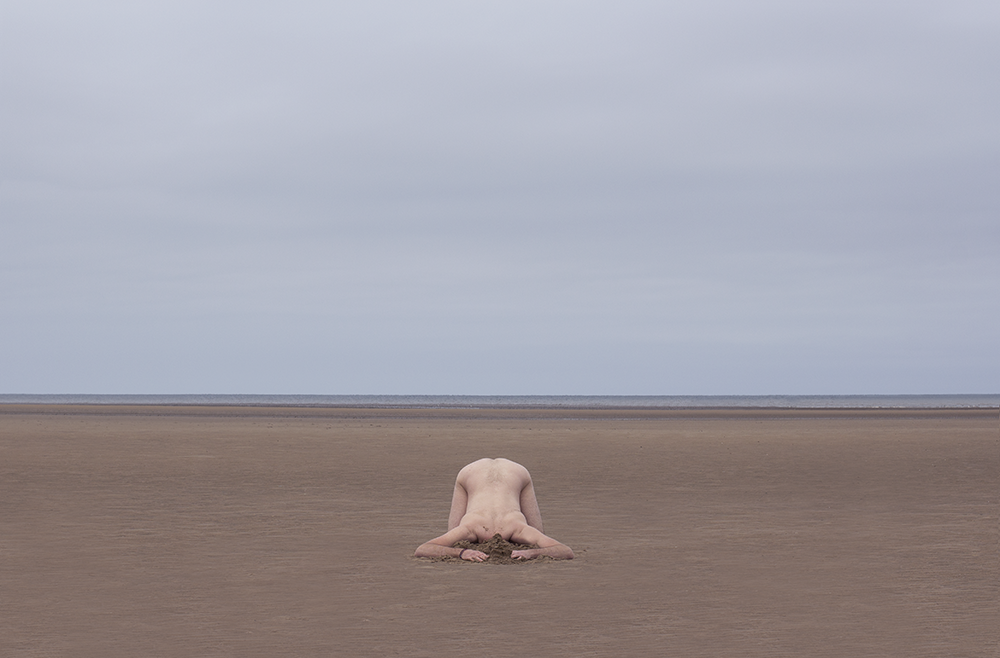 Erupt silently depicts a narrative that hints at Roman author Pliny the Elder’s observation of the ostrich, which when under threat makes a futile attempt of concealing its body by burying its head. The image forever depicts the ostrich as the hapless avoider; one that buries its head when confronted with difficult situations. Pliny the Elder himself became a cautionary tale. In 79 AD Mt. Vesuvius erupted. Whilst most people ran away, Pliny the Elder assumed the role of a rescuer by moving towards the eruption; placing himself in the centre of the unfolding devastation. The fate of writer and subject, it appears, may be inextricably interwoven in an ironic twist of parallel narratives. Pliny the Elder buried his head in feathers using a pillow to protect himself from the noxious gases emitted from the cataclysmic eruption.  Erupt is a commentary on the experience of growing up with unimaginable responsibility, while the heads of ostriches remain firmly buried in the sand.