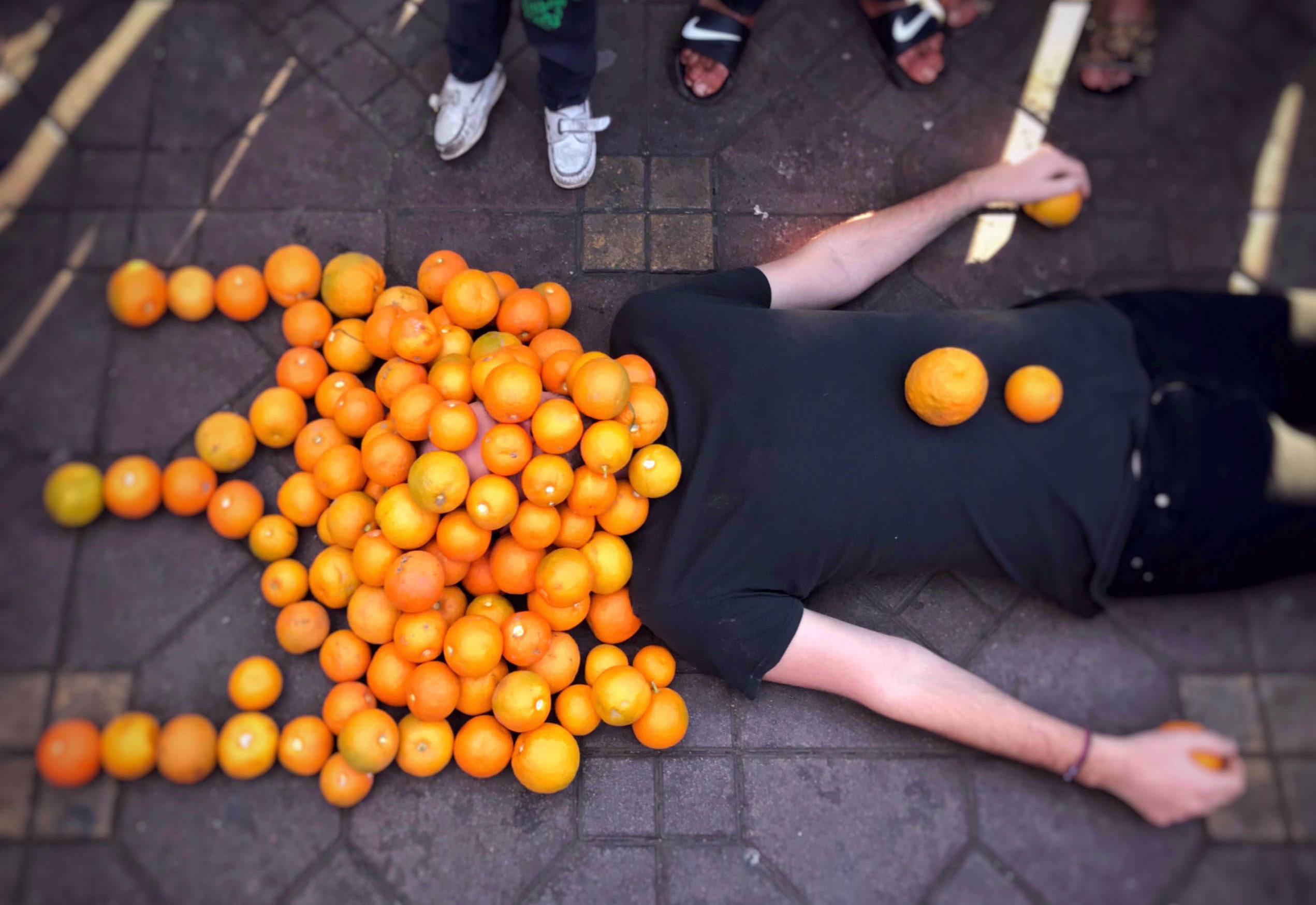 Free is a commentary on power, wealth, privilege and social and economic oppression. It navigates the intersectionality of cultures and creates discourse around what unites us and what divides us.

This work explores personal experiences of deprivation and acts as a reminder of the existential ways in which humanity is inherently connected, revealing our need to survive, an instinct that is driven by the ultimate point of our connection; death.

It has been suggested that Jemaa el-Fnaa ; the main square of the Moroccan city of Marrakech, translates as “assembly of the dead”; a reference to the public decapitations that were carried out on the plaza around 1050, by rulers who sought to instil fear in the inhabitants of the city, as a means to control them and maintain power.

Today, the majority of the inhabitants of Marrakech live in poverty and work within the souks of the medina in the presence of the Royal Palace of King Muhamed VI,  which is situated within the city walls. Bartering and the trading of goods have become tools for survival.

Oranges are often sold in the sprawling souks of Marrakech and were referred to in ancient belief systems as golden apples; the fruit of the gods. Rare, exotic and expensive; a luxury item only afforded to emperors and kings.

In response to personal feelings that were triggered by the location, oranges were gathered from The Koutoubia Gardens in Marrakech and carried to Jemaa el-Fnaa. The oranges were incorporated into a sculptural performance exploring themes of wealth, deprivation and survival. A large group of locals gathered around the performance. Spectators were invited to take an orange from the pile. Instead, they chose to reposition the oranges, creating, what appeared to be, a representation of a crown.