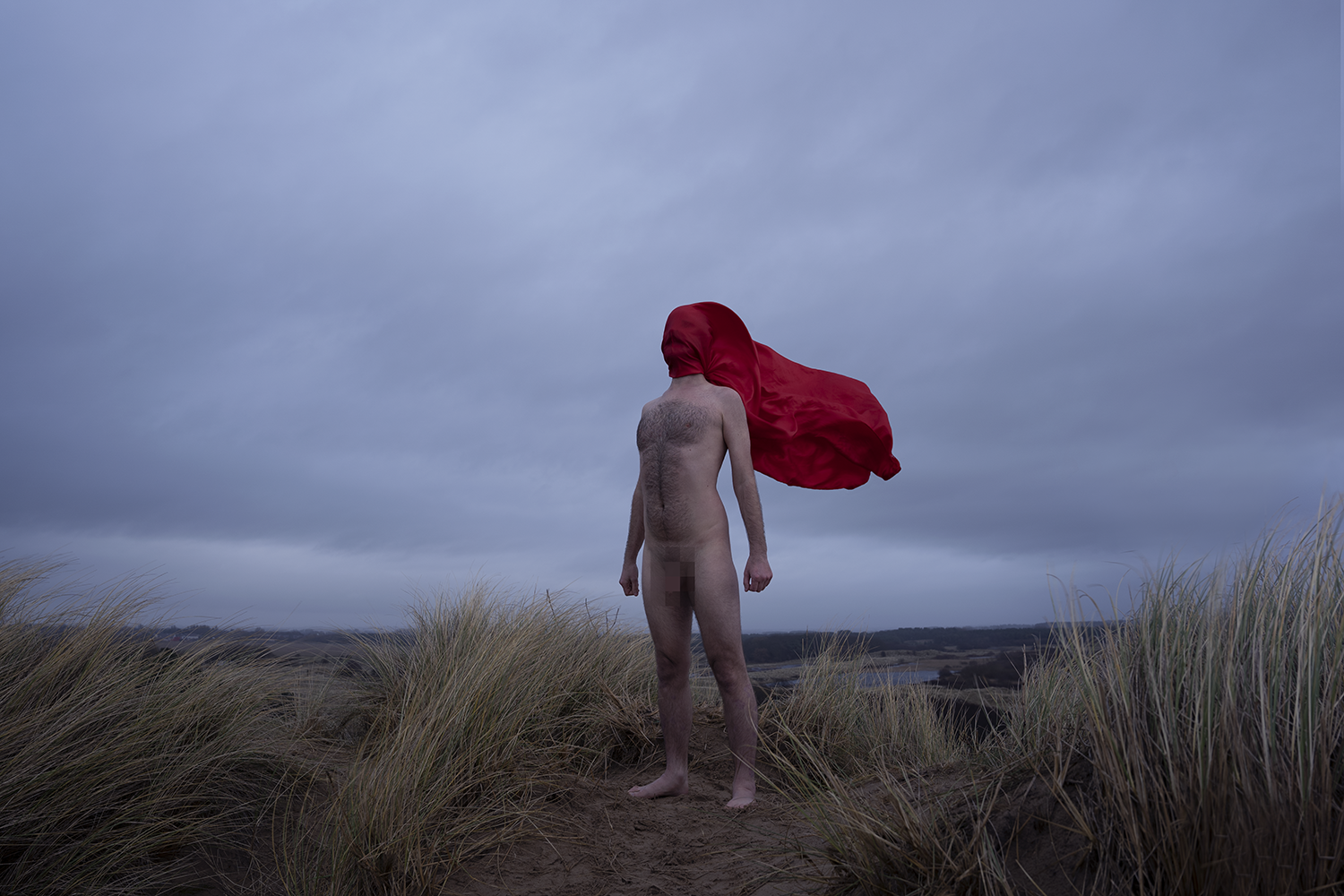 “There is a red flag hoisted gradually higher and higher, as the water flows” (Captain Philip Thicknesse, 1777)

The Red flag dates back to 1777 where English author Captain Philip Thicknesse referred to the presence of a red flag a symbol of warning or danger.

Reclamation is a performance to camera work that explores personal experiences of dominant heteronormative narratives.

In 2020, Pierce intimately embraced their partner on a dune at Ravensmeol Sandhills next to an expansive and largely undisturbed beach in Liverpool, overlooking the Irish Sea. The sudden and unexpected sounds of children filled the air. Pierce peered down to see a family climbing the dune. The unpredicted arrival created a rupture in the tender moment of safe queer embrace.

Through introjected feelings of threat, fear, embarrassment and shame within society, Pierce  pulled away from their partner to protectively conceal their queer identity.

In the context of a Margaret Thatcher Britain under the section 28 government law, many LGBTQ+ people fell victim to the ideology that anything other than heteronormativity was unacceptable. The law which ran from 1988 was eventually repealed in 2003, however, its damaging legacy continues to manifest in the lives of LGBTQ+ people today. Internalised feelings of homophobia remain a reality for many queer individuals and according to Stonewall only half of LGBTQ+ people feel able to be open about their sexual orientation or gender identity; this includes to members of their own family.

Following the concealment of their queer identity and importantly amid the backdrop of a City where LGBTQ+ related hate crime has risen by 900 percent since 2015 , Pierce returned to Ravensmeol Sandhills to assert the fragile experience of navigating spaces dominated by heteronormativity. They removed their clothes, tied a red flag around their head and stood bearing their queer body in a defiant reclamation of space.