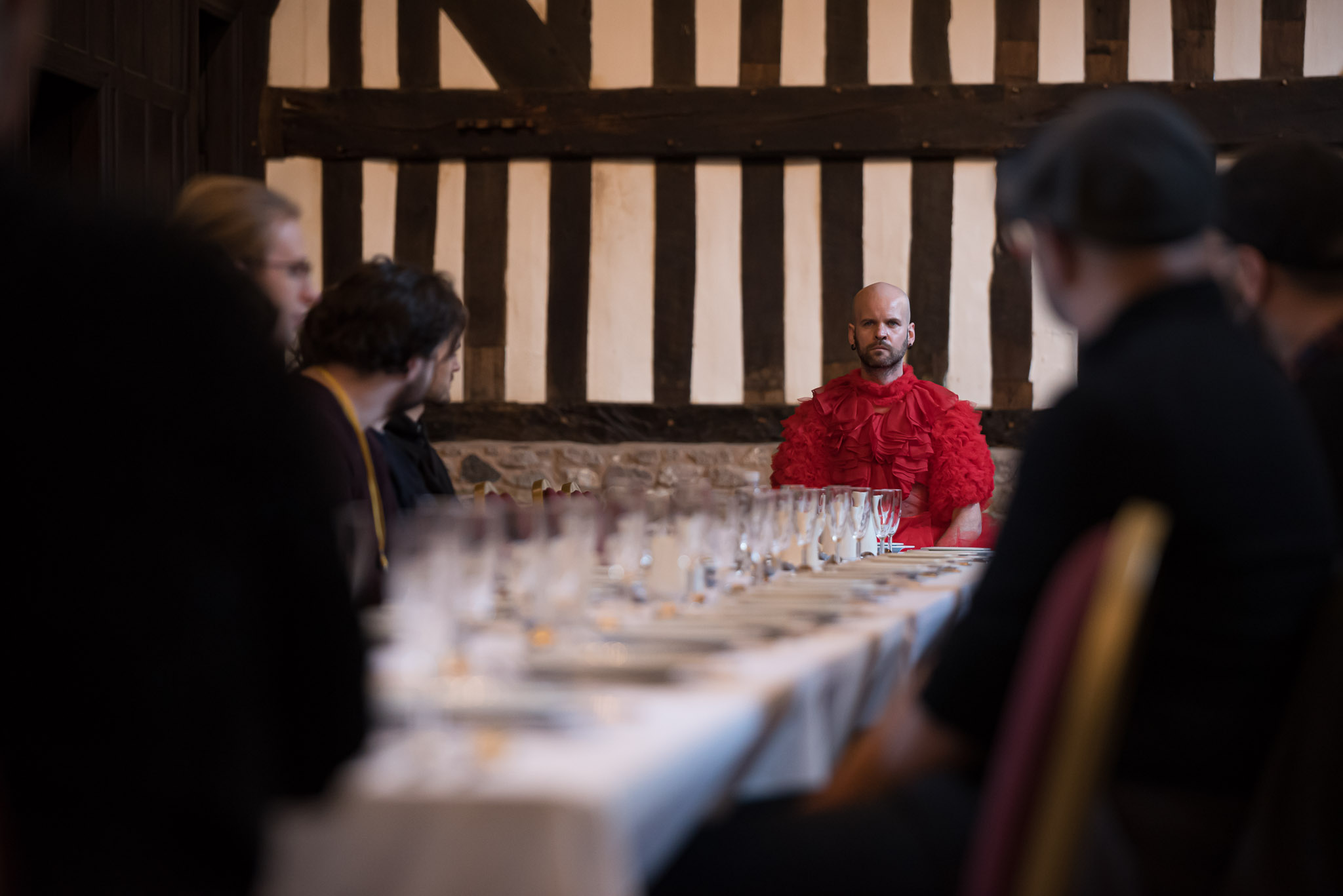 Scrutiny is a live performance exploring personal experiences of deprivation, oppression and survival, from the perspective of a queer Child of Deaf Adults, growing up in Thatcher Britain in the 80’s and 90’s. The work provides a glimpse into the world of an oppressed and marginalised family, who as a result of the barriers faced and a lack of employment opportunities, found themselves consumed by poverty and struggling to survive. Scrutiny combines symbolism of regality and abundance with the reality of domestic life and poverty. The soundtrack, created by Daz Disley, deconstructs Handel’s ‘Zardok the Priest’, the Queen’s coronation anthem. The Queen’s Ruby Jubilee state banquet of 1992 is playfully re-interpreted into a ’council estate banquet’.

The year 1992 was referred to by The Queen as her “Annus Horribilis” a Latin phrase meaning horrible year. Public perception of the Royal family was at an all time low and the Ruby Jubilee celebrations were muted. In a speech, The Queen stated, ‘we are all part of the same fabric of our national society and that scrutiny, by one part of another, can be just as effective if it is made with a touch of gentleness, good humour and understanding’. 1992 was also four years in to the Section 28 period of law which prohibited the ‘promotion of homosexuality’ by local authorities. The red dress in this performance, made by Pierce’s partner, Nicholas Ball represents a dress that Pierce was prohibited from wearing at school, a possible consequence of this law.

Scrutiny was shared at the Leicester Guildhall, as part of the UKNA Leicester City Takeover 2022. The building, which was built in 1390,  was a meeting place and banqueting hall for the Guild of Corpus; the regional nobles and others from the publicly professed upper tier of city society. Sharing the experience of being a child sat at the dinner table with nothing to eat but gravy,  ‘Scrutiny’ induces a nauseating sickness towards the widening gap between the UK’s wealthiest and the increasing number of families that fall below the poverty line.